The London-born, Nigerian-raised singer Ayo Jay teamed up with Chris Brown and Kid Ink to remix his summer smash “Your Number”! The track has been released today and is already live on Apple Music.

The Afro-pop hit “Your Number” has been heating up all summer long. The track is #82 on the US Shazam Chart and has 11.3 Million Spotify plays – 46% of which coming from ex-US! On US radio, the single is approaching an Urban Mainstream chart debut and currently in rotation on 50 combined Rhythm/Urban Mainstream Stations across the US. It’s ranked Top 10 in airplay at both NYC’s Hot 97/Power 105.

Internationally, the track has seen spot plays on Urban specialist radio – Capital Xtra in the UK and The Edge in Australia. Rolling Stone listed Ayo as one of 10 New Artists You Need To Know. He has also been mentioned by Washington Post, Complex, and Fader who described “Your Number” in his performance at African Summer Jam as a “silky soca-style earworm”.
Posted by Unknown at 00:22:00 No comments:

Photos: A glimpse at the world's first hotel that will have a rainforest & artificial beach

The world's first hotel which would have it's very own rainforest, an artificial beach, splash pool and trees that spray mist, is scheduled to open in Dubai in 2018. With a reported build cost of £230million, the Rosemont Hotel & Residences is a five-star hotel and apartment project.

Hotel Managaers - Hilton brand Curio offered a glimpse into what the 75,000-square foot, man-made jungle will look like when it opens to visitors.

It will be located inside a five-storey podium at the base of two 47-storey towers, and filled with exotic plants. The hotel will have 450 guest rooms and suites in a tower that will also have a lobby on the 26th floor, an upper-floor pool that extends over the edge of the building, fine dining, VIP lounge, spa and meeting rooms. Other family-friendly amenities include an adventure play area for children, a bowling alley and trampoline park. 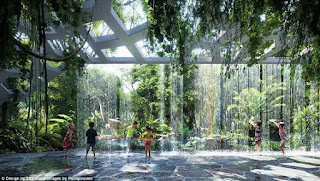 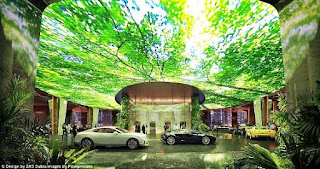 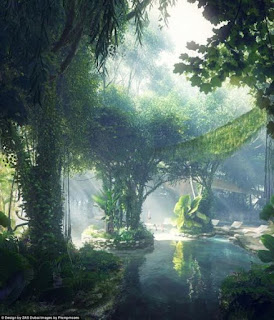 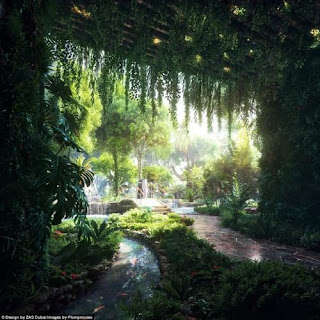 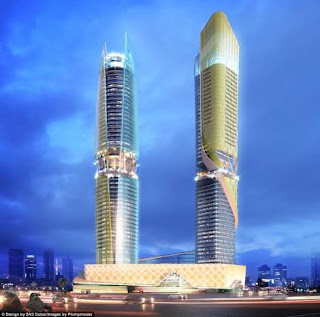 Teachers in Akwa Ibom state today held a fasting and praying session at the Ibom Plaza in Uyo the state capital over the inability of the present administration to post them to schools where they can work. The teachers say they received appointment letters from the State Secondary Education Board(SUBEB) last year but with their appointment letters, they have not been posted to any school to teach.

Months after waiting for this administration to post them to schools so they can be gainfully employed, they decided to take their case to God so he can touch the heart of the state governor, Emmanuel Udom. The state governor has however insisted that the teachers who according to him are complaining are those with fake appointment letters
Posted by Unknown at 03:26:00 No comments:


In a recent interview with Vanguard, singer Sean Tizzle stated that the best way male celebrities can avoid having baby mamas is to ensure they use condoms bought by themselves.

“I was with a girl and she told me that females put holes in condoms just to hook guys and have babies with them. I was surprised, and that’s why they say when girls hand you condom, don’t use it. It’s better you have yours because you won’t know these condoms have holes when you are already in the mood ” the Perfect Gentleman singer stated. He however added that he doesn’t believe in abortion and thinks it’s better to get married and do it the right way in such situations.

Sean Tizzle also opened up about the continuous bleaching controversy surrounding his appearance and admitted that it was the reason he didn’t want to do interviews anymore.

“Yes, I did some photoshopping on my pictures to make myself look good but the negative comments that I had bleached my skin really got to me” he said.

Speaking on marriage, Tizzle revealed he is yet to find the right girl and is still very much single. The singer, who disclosed days ago that the media ruined his relationship with DJ cuppy, stated that even if he was in a relationship, he will keep it on a low-key.

Finally, Sean Tizzle shared why he has been away from the music scene for a while now. “I’ve been working. I was in the States for some time with my producer working on my album which features Tory Lanez; watch out for it because it’s going to blow your mind.”

We can’t wait to hear what he has been cooking in the studio.